The Oxtalk Autumn Meeting and AGM was held on Saturday 2 October. The Treasurer’s Report was agreed and accepted and the Committee were re-elected. The Chair’s report is included here.

Following the AGM Ana Navakovic, assisted by Guy Lawfull, gave a very interesting talk about her work as an Audio Describer, mainly in live theatre and usually at Oxford Playhouse. The Autumn Meeting concluded with a very enjoyable afternoon tea prepared by Committee members. 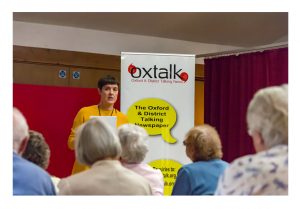 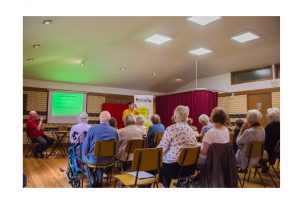 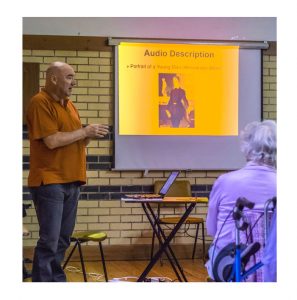 Go to the News Archive »